The news that Donald Trump and his wife have been positively diagnosed with Covid-19 will certainly continue to dominate news reports for days, perhaps even weeks.

Debate will likely increase in the news as he has now been discharged from hospital. Whatever opinions there are of Trump’s Covid experience, news of this nature creates something that stock markets detest – uncertainty. This uncertainty is also potentially increased due to the 2020 US Presidential election being only 4 weeks away, and the unknown factors caused by this extraordinary turn of events.

Looking back at how previous significant non-political events have impacted a president, and how markets have reacted, may provide insight regarding any uncertainty and the investment volatility, or risk, that may come after.

Trump’s Covid experience is clearly nowhere near as severe as the events in Dallas, Texas on 22nd November 1963. However, drawing on the market reactions to that tragic day may provide parallels about market reactions to shock events such as Donald Trump’s diagnosis with Covid 19.

The earthshattering and history altering events that occurred that Friday would have geopolitical impacts for decades. 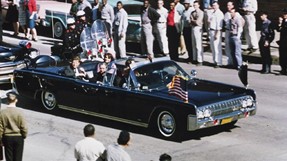 It was also the first major historical event that caused real-time disruption in the markets because television news networks across the world reported live updates from Dallas.

How did both markets react to the Kennedy assassination? It took just one business day for both the Dow Jones(1) and S&P 500(4) to be back to where they were on the day before JFK’s assassination(7). 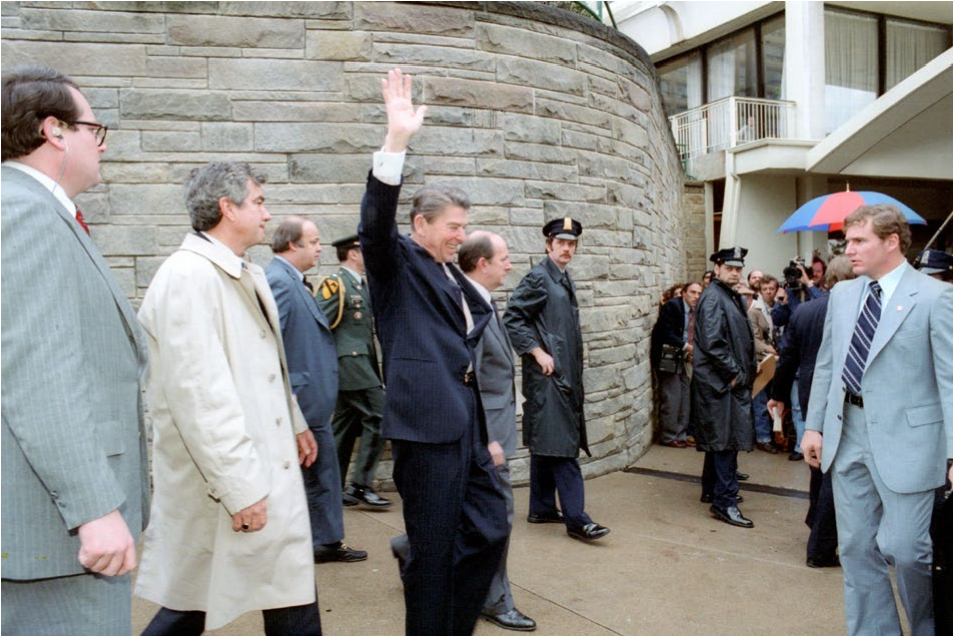 The New York Times of 31st March 1981 said, ‘News of the assassination attempt broke around 2:30 P.M., when the Dow Jones industrial average was ahead 6 points. The first reports stated that the President had been shot at, though not hit, but that his press secretary, James S. Brady, had been wounded. At that point there was little reaction in stock prices.

However, selling [on the Dow Jones] became pronounced shortly after 3 P.M. when it was announced that the President had also been wounded. At 3 P.M. the blue-chip barometer was up only 2.52, but at the time of the early closing 17 minutes later it was down 2.62, to 992.16. Gain Expected to Resume.’(8)

How did the Dow Jones react to the attempted assassination of Reagan? As stated, just before the news reached the Dow Jones that Reagan had been shot, the index was up 2.52 points. When the markets closed – albeit caused by the assassination attempt – it was down only 2.62 points. Also note the end comment of the New York Times article… ‘Gain Expected to Resume,’ suggesting markets would open positively the following day. Although 1981 saw the Dow Jones fall over 9% during the entire year(9), caused mainly by the early impacts of Reagan’s economic policies rather than the shooting, 1982 saw it rise by over 19%(9).

Article 2, Section 1, Clause 6 of the US constitution(10) puts in place a strict line of succession if the President and then Vice President cannot ‘discharge the powers … of the … Office…’ (10). The following people – in the order stipulated – would assume the Presidency:

⇒ Speaker of the House of Representatives

then…
⇒ Cabinet members,
starting with the Secretary of State

A drop in the ocean.

No matter how serious the news event, such as Trump’s hospitalisation and subsequent discharge, where investing is concerned, short-term events should be ignored.

No matter how short-term shock events impact markets, whilst remembering that “past performance is no guide to future returns”, investors should ignore short-term events but rather diversify across individual stocks and across different asset types (i.e. bonds as well as equities, etc.), across geographical jurisdictions (e.g. globally), across investment styles (i.e. active management and passive investing) and across different investment philosophies (i.e. growth and value).

While individual stocks and markets will continue to go up and down, smart diversification across assets, geographical jurisdictions, styles and philosophies can help investors minimise their risks. Although it does not guarantee against loss, smart diversification is the most important component of reaching long-range financial goals while minimising risk.

However, remember that no matter how diversified a portfolio is across asset types, geographical jurisdictions, investment styles and philosophies, risk and reward do typically go hand-in-hand and as such, risk can never be eliminated completely. It is also important to remember that we very often have a long-term investment time horizon.