The FTSE 100 price return index has been back above 6,000 recently, a psychological threshold to investors representing around a 20% rally from its lowest point on the 23rd March of 4,994. Since then, the Institute for Employment Studies (IES) has said that there had been a loss of between 1.5 and 2 million jobs in the UK during the first month of the crisis.

In the US, it has also been announced that 30 million people have applied for unemployment benefits; one in five of the working age population. A vast $14 trillion of economic stimulus has been pumped into markets globally, whilst in the UK dividend cuts are forecasted to be cut between 30% and 50%.

Despite all this negative news, as mentioned above, there has been a market rally of around 20% from the trough in many markets. Indeed, the US’s S&P 500 index is up around 30%. While it cannot be said for certain whether this is just an over speculative market recovery, looking back at market crashes over the last century, there is on average three bounces of more than 10% per recovery, before normal business resumes(1).

‘History doesn’t repeat itself, but it often rhymes.’

Samuel Clemens was born in 1835 and was alive during one of the most dynamic periods of globalisation in human history. 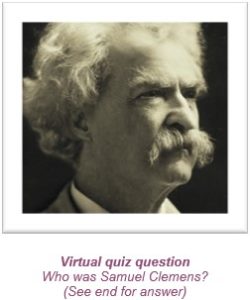 In the UK investment world of the 21st Century, we often use the warning ‘past performance is no guide to future returns’ when alerting investors not to rely on previous growth statistics. However, to completely ignore what has happened before is not common sense. The above quote – which is attributed to Clemens – perhaps provides a more balanced view of taking the past into consideration, by viewing it as a ‘rhyme’ of similar events in history.

In consideration of some of these historical ‘rhymes’, we will examine and use research that covers the US. However, the same market parallels can be drawn for investors no matter the country, including the UK.

The different types of bear markets

One such ‘rhyme’ is knowing and understanding the different types of bear markets(2).

According to Goldman Sachs(3), who have analysed US bear markets since Clemens was born in 1835, there are three types of bear markets:

According to Forbes(4), ‘cyclical bear markets are associated with the normal fluctuation of the business cycle. If the economy gets too “hot”, the [central bank] will raise rates to keep prices in line, resulting in a depressed outlook for economic growth and an associated sell off… This type of bear market is a kind of end of economic cycle.’

The average length of a cyclical bear market in the US’s S&P 500(5) is 27 months(3). They take 50 months(3) to get back to the starting point in nominal terms(6), and 73 months(3) in real terms(7). An example of this type includes the November 1980 bear market. The 1970s saw sustained US inflation, with the Federal Reserve(8) raising interest rates to nearly 20%, inevitably pushing the US economy into recession.(9)

According to Goldman Sachs(3), this type of bear market is ‘triggered by structural imbalances and financial bubbles. Very often there is a “price” shock such as deflation that follows.’

This type of bear market is when an external shock creates rapid share price falls. In other words, the one we’ve just experienced.

According to Goldman Sachs(3) the most recent of these, before 2020, occurred in August 1987 when computerised ‘program trading’ strategies swamped the market and contributed to the Black Monday crash a few months later on 19th October 1987.

As was the case in 1987 and 2020, this type of bear market often provides a sharp shock to an established bull market and can produce sudden, sharp falls.

The 2020 non-financial event driven market is unusual because it is global, as no country is immune to the virus, and by extension no nation will be protected from the economic consequences. Also, the speed of the recent falls and the size of the economic downturn, in addition to the enormous fiscal and monetary policy reactions, make this event driven bear market seem larger and more difficult to predict longer term consequences.

It is true that the short-term horizon is extremely uncertain due to the unpredictability of this situation. However, it is important to remember that we very often have a long-term investment time horizon.

Who was Samuel Clemens?

Samuel Langhorne Clemens was born in the tiny village of Florida, Missouri, USA, on 30th November 1835, the sixth child of John and Jane Clemens. 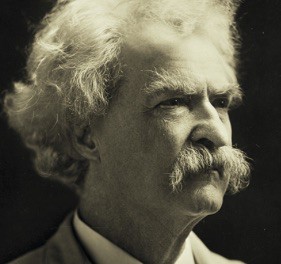 When he was 4 years old, his family moved to nearby Hannibal, a bustling river town of 1,000 people, where he lived until he was 17.

Working on the Mississippi as a riverboat pilot influenced him greatly. His chosen pen name comes from a boating phrase meaning the river depth at which a boat is safe to navigate.

Samuel Clemens was none other than Mark Twain, which was his pen name(10).

(1) Based on information supplied by Square Mile Investment Services Limited

(2) A bear market is when a market experiences prolonged price declines. It typically describes a condition in which securities prices fall 20% or more from recent highs – Investopedia

(5) The S&P 500 or Standard & Poor’s 500 Index is a market-capitalization-weighted index of the 500 largest U.S. publicly traded companies – Investopedia

(6) The nominal rate of return is the amount of money generated by an investment before factoring in expenses such as taxes, investment fees, and inflation – Investopedia

(7) Real rate of return is the annual percentage of profit earned on an investment, adjusted for inflation – Investopedia

(8) The Federal Reserve System is the central bank of the U.S. The Fed, as it is commonly known, regulates the U.S. monetary and financial system – Investopedia