G7 – The Group of Seven leaders have gathered together annually since the 1970s.

Under the theme of ‘Build Back Better’, alongside the heads of the EU, leaders from these seven governments held their 47th summit in Cornwall between 11-13th June 2021.

The seven members (Canada, USA, UK, France, Germany, Japan, and Italy, plus the EU) share values as open, liberal democratic and outward-looking societies. Russia was previously part of the group as the G8, although their membership was suspended in 2014 due to the annexation of Crimea. Subsequently, Russia decided to permanently leave the group.

Their objectives and aspirations this time – the first face to face summit in two years – are to ask leaders to seize the opportunity to fight and build back better from coronavirus, uniting to make the future fairer, greener and more prosperous.

In past years, the G7 has taken action to strengthen the global economy and combat tax evasion, save millions of lives from AIDS, tuberculosis and malaria, and supported the education of millions of children in the poorest countries. In 2015, its members led the way in helping secure the historic Paris Climate Agreement to limit global emissions.

Various matters were agreed in the final communiqué of the 45th summit. The most notable from a financial perspective was that the World Trade Organization was to settle disputes more swiftly and to eliminate unfair trade practices regarding intellectual property protection. 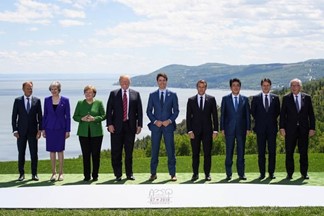 What’s happened since then?

The last face to face summit was held around 6 months or so before the impact of Covid-19 would be felt.

The scheduled 46th summit was to be held in the US presidential retreat of Camp David, but was cancelled due to the pandemic. This cancellation paled into insignificance when compared with the impact of Covid around the world over the past 18 months.

So how have the G7 countries fared since the last face to face summit? Lets consider this question through the lens of markets.

The US
Using the iShares S&P 500 ETF fund (in British Pounds (GBP)) to show how the US market has performed, the main US market the S&P 500, although tailing off a little during last month, is more like the S&P 6 — Facebook, Apple, Netflix, Microsoft, Amazon and Alphabet (parent company of Google). 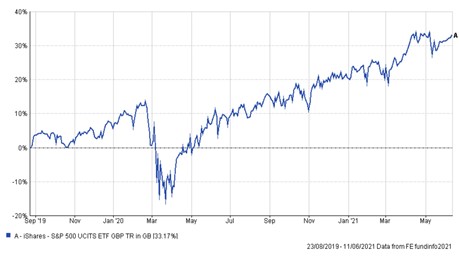 These six collectively are worth around a fifth of the entire value of the index(2).

Unlike last year where the US was struggling with the handling of Covid, it is now one of the best countries – along with the UK – in the implementation of its domestic vaccination programme. The US market has reflected all these considerations in returning over 33% during this period.

Canada
Staying in North America, but with a much smaller economy than its southern neighbour, using the iShares MSCI Canada ETF (in GBP), shows that the Canadian market has returned a performance of over 22% during the period. 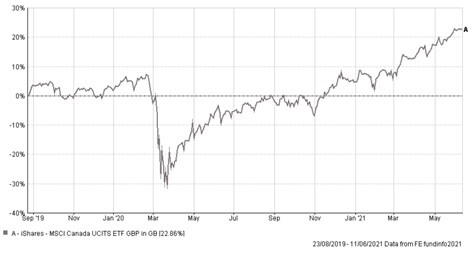 France
Moving across the Atlantic to Europe, and the continent’s largest country in terms of land mass, France.

Using the iShares MSCI France ETF (in GBP) shows that the France market has performed with a return of over 21% during the period. 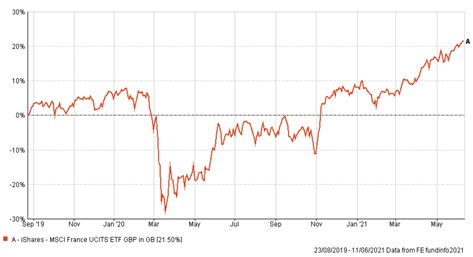 Germany
Staying in Europe, and looking at the continent’s largest economy, and using the iShares MSCI Germany ETF (in GBP), shows that the German market has returned a performance of over 20% during the period. 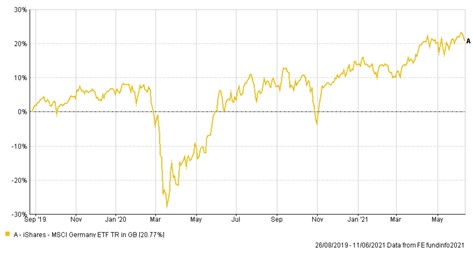 Italy
Staying on the European mainland, and the smallest European economy within the G7, using the iShares ETF MSCI Italy (in GBP) shows that the Italian market has performed with a return of over 14% during the period. 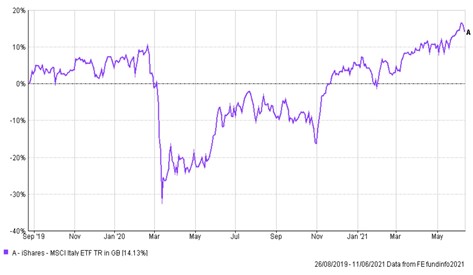 Japan
Moving to the Far East and using the iShares MSCI Japan ETF (in GBP) shows that the Japanese market has returned just under 14% during the period. This shows a good return considering that during this period the Tokyo Olympics was postponed, whilst their vaccination programme continues to languish. 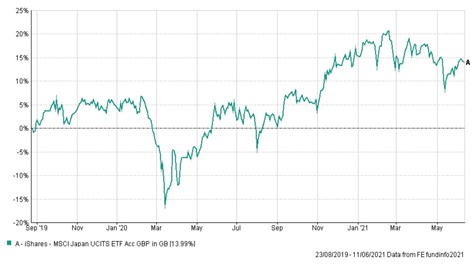 The UK
With the effects of Covid clearly seen during the period between March 2020 and 2021, combined with the immediate after effects of Brexit, using the iShares Core FTSE 100 ETF fund (in GBP) the UK market shows a return of 6.5%. 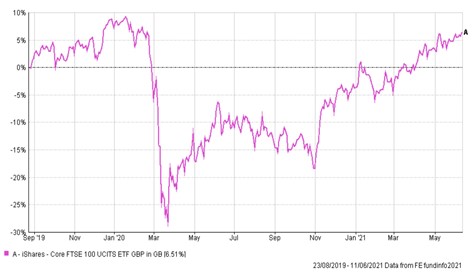 In context
All markets have recovered since the financial effects of Covid began in March 2020. However, as shown, the range of returns during these 22 months has been broad, varying from 33% in the US down to 6.5% in the UK. 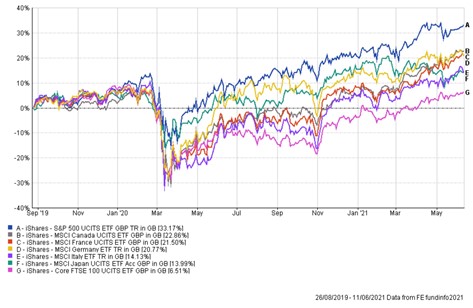 What should this tell you?
That investors should continue to keep calm and diversify. While individual stock markets will continue to go up and down, ‘smart diversification’ can help investors minimise their risks.

An investor’s lens shouldn’t be focused on one country, let alone one stock market. Although it does not guarantee against loss, diversification is the most important component of reaching long-range financial goals while minimising risk.

However, remember that no matter how diversified a portfolio is, risk and reward do typically go hand in hand and as such risk can never be eliminated completely.

It is true that the 22 month short-term horizon discussed above enhances the uncertainty due to the unpredictability of this current situation. It is important to remember that we very often have a long-term investment time horizon.

At times like these, it is even more important that you are taking advice on your finances by a qualified and experienced financial planner.

12th June 1964 Nelson Mandela is sentenced to life in prison in South Africa.(3)

13th June 1917 The deadliest German air raid on London during the First World War is carried out by Gotha G bombers and results in 162 deaths, including 46 children with 432 injuries.(3)

17th June 1994 O.J. Simpson doesn’t turn himself in on murder charges, LA police chase his Ford Bronco for 1½ hours before he eventually gives up (seen live on US national TV). (3)

Issue 37 of the market briefing will be published on 5th July 2021.