ESG investing falls – what should you be thinking?

It goes without saying that it has been a challenging period for those invested in Environmental, Social and Governance (ESG)  funds and portfolios since December last year, as shown (graph 1). 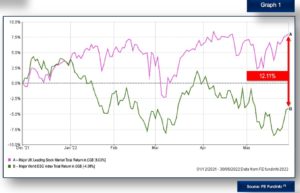 Although it is tempting to ‘blame’ ESG investments, a wider analysis of the root causes will provide more accuracy and subsequently a better understanding.

The reason for the recent drawdowns seen in ESG investments has been the dramatic investment philosophy rotation – or change – from the Growth philosophy to Value (graph 2). 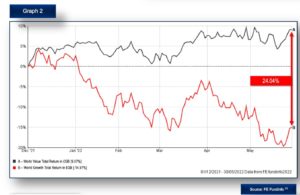 This rapid change, mainly driven by sentiment, was due to a surge in inflation, which in the UK reached its highest level since 1991 (graph 3). This in turn has fed fears of more interest rate rises which has disproportionately hurt long term assets such as Growth equities (or shares). 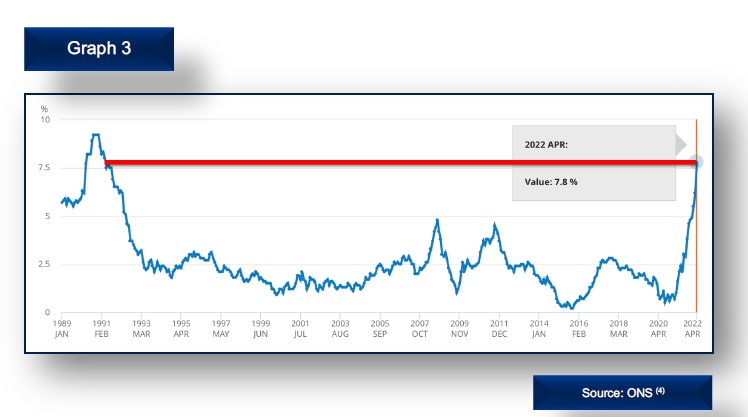 The speed of this rotation and inflation increases have also been spurred on by a far more serious event on 24th February which hit markets.

Just over 100 days ago, Putin’s Russia launched what is the largest military attack in Europe since the Second World War when he invaded Ukraine. Albeit generally short-term, war always impacts the confidence of markets; this time has been no different.

It is normal to get preoccupied by the current spate of news headlines when investment portfolios fall in value in the short term. And clearly during the last few months there have been many such headlines, ranging from anxiety about inflation to the grave news from Ukraine.

As a result, many active managers within ESG investing have confirmed the potential impact on their underlying holdings in view of what we’ve discussed above, but are reassured in their medium to long term views.

Many of the companies they invest in, either have, or anticipate 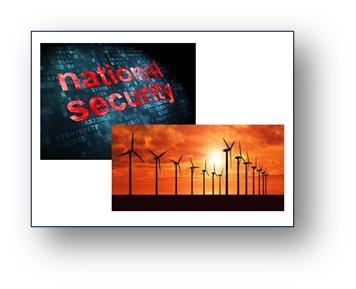 posting positive trading updates, and in some cases are ahead of expectations. The drawdown has allowed the fund managers to invest in and add to companies whose valuations have fallen due to the aforementioned negative sentiment, rather than a worsening in the quality or prospects of the underlying fundamentals. As a result, the arguments for ESG investing have strengthened. One reason for this is the Ukraine war has motivated countries with an over-dependency on non-domestic energy supplies to look for alternatives such as renewable energy, greater energy efficiency and more sustainable options.

It is also worth remembering that there is a brief time opportunity to limit the effects of climate change which when combined with the search for alternatives will significantly include renewable sources of energy. Companies in this area will benefit from this focus irrespective of the short termism which is impacting financial markets currently.

ESG investing falls – what should you be thinking?

For those invested in ESG funds and portfolios, the short term may remain challenging but the medium to long term may be a different story as perhaps the example of domestic renewable energy suggests. ‘Zooming out’ to view matters over the longer term therefore is even more essential now.

This week in history…

4th June 1940: British complete the “Miracle of Dunkirk” by evacuating 338,226 allied troops from France via a flotilla of over 800 vessels including Royal Navy destroyers, merchant marine boats, fishing boats, pleasure craft and even lifeboats

7th June 1975: Sony introduces the Betamax videocassette recorder for sale to the public

9th June 1975: House of Commons is broadcast live by radio for first time